With all this hype about the eclipse happening tomorrow, I feel like the uncool kid because I find myself not interested.

I have never been into astrology. I think the stars are pretty and I can find the Big Dipper, but that is about it. I remember when Pluto wasn’t considered a planet and I felt like everything I learned in school was a lie. Then it was reinstated as a planet and I was more confused.

Anything I know about our solar system comes from 4th grade and what I learned watching The Big Bang Theory. When my 7-year-old son asked me what the solar eclipse was, I had to Google.

So what I learned is tomorrow’s sky event is considered a total solar eclipse. The moon will pass between the earth and the sun casting a shadow on the planet. I’m guessing making it look like night for a few minutes?

I can see why this is considered a major event because I guess the last time the whole U.S. could see the total solar eclipse from coast to coast was back in 1918. I bet they thought it was the end of the world. Could you imagine going about your day like normal and then pow…complete darkness not knowing how long it would last?

Tomorrow parts of the U.S. will be at a stand still. I just picture thousands of people standing around outside, wearing those solar glasses (that have become the “Tickle Me Elmo” of today.) looking up at the sky like they are in some trance.

The eclipse is supposed to be seen in my area, Kansas, around 1:10 p.m. My son will be able to see it at school. I signed the permission slip stating if he blows out a retina it is not their responsibility. They are providing the solar glasses, so that’s cool. I will be at work during the eclipse. I might need to set an alarm on my phone to remember it is happening. However, I don’t have a pair of those glasses, so I will probably watch online.

If you happen to miss this eclipse, the next one in the U.S. will be on April 8, 2024. It can be seen from Texas up through the Midwest. It will be a complete blackout almost directly over Indianapolis, Cleveland, Buffalo and up to New England. You might want to go ahead and book your hotel now.

For those of you that are pumped for the solar eclipse tomorrow, right on! I hope you enjoy it to the fullest. May it be the best two or so minutes of your life. I hope there are no clouds in the sky. Just remember to keep your eyes safe.

Regret. Do you ever think about the things in your life you wish you hadn’t done? When I hear the word regret, I picture a black wall. I think of should have, would have, could have. I see a fork in the road. Do I take the left side or the right? What if I make the wrong decision. My ears hear moaning and sighs. I picture hands covering a face as the head moves back and forth.

I have things I regret. I regret chasing my sister through the house and busting through the glass door. I regret eating Cinnamon Toast Crunch cereal when I had the stomach flu. I regret back talking my mom in the checkout line in Wal-Mart. I regret not studying for that math test in 6th grade. I regret hitting that classic Ford Mustang and driving off to tell my mom and the cops are looking for me because I technically did a thing called a “hit and run.”

I regret not pursuing acting. I love theater. I always wanted to live in New York and work on SNL. I regret that one night I drank too much Hot Damn. I regret not telling my grandmothers I loved them more before they passed away.

What do you regret doing or not doing? What do you think would have happened in your life if you did the thing you regret?

I am taking this online daily inspiration class to help me get back in the saddle of writing. One would think if you love writing, it will come easy, right? Sadly, that is not the case.

Just like anything we like to do, sometimes we get burnt out. I like to compare it to running. If you don’t keep running every day, you will lose your stamina; it will get harder. Then you might only run a couple of times a week. You start to feel guilty because you aren’t running much anymore. Before you know it, it’s been four months since you put on your running shoes. You have to start over to get to where you once were. That is where I am in my writing. Blowing the dust off my keyboard, cracking my knuckles and starting from square one.

I just received my first writing assignment, and it is fittingly asking. “Why Do I Write?” It is a fantastic question allowing me to dig deep inside myself to ask, why? I can remember as a kid writing in my diary. I would write about my hopes and dreams. Who I liked and who I didn’t like. Crushes would come and go. That seemed to be a major writing source at the time, boys. I had this typewriter my mom would let me play with. I would type poems so inspiring William Shakespear would have been moved. Well in the mind of an 8-year-old girl they seemed to be powerful. Reading them now, I get a good laugh with a twinge of embarrassment, thanks to my sister.

When I truly look deep into my spirit on why I love to write it stems back to 3rd grade. I had just changed schools, and I had Mrs. Callahan. I loved Mrs. Callahan. I wasn’t good at math; I didn’t give a rip about science. Art wasn’t so bad except I couldn’t draw my way out of a paper bag. I was just along for the ride until the day Mrs. Callahan changed my whole view on school. It was a lesson on limericks. You know the short and funny little sentences in the AABBA pattern? I was hooked.

There once was a girl named Sue,
She didn’t know what to do,
So she took out her pen,
Started writing again,
Now she wasn’t so blue.

The last seven years or so I have got back on the writing wagon. I write radio commercials and advertising copy as part of my job. And I enjoy it, but the main reason I write is that it is my way to express my thoughts and opinions without getting all tongue tied and flustered.

Writing is my outlet. I can write my feeling on paper much easier than expressing them with spoken words. It’s like my brain doesn’t function unless I am writing things down. Morning Mojo started in December 2013 as a way to share positive, encouraging and spiritual thoughts. Then two days later, without warning, life threw a curve ball. My middle daughter had leukemia. So the purpose of my blog sort of wears many hats. Morning Mojo is my place to vent, share my fears and struggles, inform and discuss random topics and ideas. And of course, a place to share some serious, awesome mojo, in the hope readers feel inspired, realizing we are all pretty freakin’ messed up 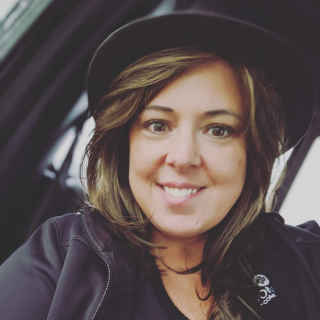